What a interesting plenary session for #STOP1921!
That was the first one, last 23rd of November.
And that was quite interesting.
Because we’ve been able to meet Dirk, Jean-Pierre and other citizens. Citizens primarily concerned by the Belgian drug policy.
Specialised centers and federations always use words, numbers, and ideas.
Citizens use their experiences.
And some of them are really moving…

Jean-Pierre’s daughter has a rare kind of epilepsy. His only way to cure and care for her is to use cannabis. However, medical cannabis can be used only in a very restricted frame in Belgium. Jean-Pierre has no choice but going illegal. Do you want to know more about his story? Visit his internet site at sofievoncken.be

Cancer attacked Dirk’s little son as well as Philippe’s spouse. In both cases, cannabis has been proved to be efficient to reduce pains. Of course, there are a lot of medications against pain but they usually have very strong side effects. Cannabis medical use for cancer is scientifically known to be reliable and efficient. However, in both cases, Dirk and Philippe had to get illegal in order to care for their closes ones. Since then Dirk has set up Ons Steentje association which helps families with sick children (onssteentje.be).

1921 drug law and last September royal order prohibit any use of drugs.
Also any medical use of drugs (with few exceptions).
Even with suffering kids.
Is that normal?

Several groups are getting organized around different topics in the frame of #STOP1921. Are you concerned? Just write to info [a] stop1921 [.] be. We’ll forward your mail and keep you posted. And don’t hesitate to send the info to anybody who could be interested.

Have you or a loved one been impacted by the drug war? Do you think we urgently need a new approach to drugs? Anyone’s Child: Families for Safer Drug Control (anyoneschild.org) is a growing movement of families who have lost loved ones or have otherwise been harmed by failed drug laws.

The prohibition of drugs did not protect Anne-Marie Cockburn’s 15 year old daughter, Martha, who died from an accidental ecstasy overdose. Nor did it protect Maricela’s sons, Gerson and Alan, from being kidnapped and murdered in drug war-related violence in Mexico. Anyone’s Child has recently started to campaign in Belgium led by Peter who lost his brother to heroin. Families have come together to push for drug laws that protect rather than harm or kill our children – this means a policy where drugs are legally controlled and regulated by Drs, pharmacists and licensed retailers not organised criminals.

Write to us to find out more about how you could join the movement – to prevent others from suffering as we have or viste the belgian website of http://anyoneschild.org/belgium/

Our next plenary session will be organized in the Brussels Parliament on 21st of February 2018, from 4 PM to 6 PM. Entrance is free but the inscription is compulsory. Check more details on our calendar.

Also, Bruxelles Laïque will organize an event for the drug law 97th birthday on the 24th of February. More details to come shortly.

(Study conducted by the Pompidou Group in cooperation with the EMCDDA) 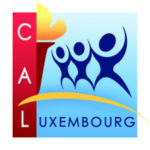